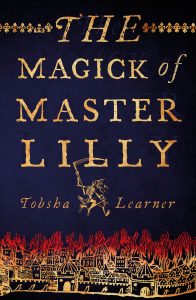 THE MAGIC OF MASTER LILLY – is a novel based on the life of the extraordinary astrologer William Lilly during the years of the First English Civil War (1641-1649) I have woven fact with some fiction and created a love story about survival, triumph and loss, THE MAGIC OF MASTER LILLY is set in besieged war-torn puritan London I have woven fact with some fiction. Lilly himself, the most famous horary astrologer ever (he accurately predicted the fire of London 12 years before it happened) is a fascinating character, some would call him a wizard, an astute political strategist and self-promoter. But many call him genius. WILLIAM LILLY, who was also rumoured to be a practising magician, thrived during the English Civil War and became the most influential horary astrologer advising both Cromwell and King Charles. Written from Lilly’s perspective this is an account of his life during the 1st civil war a thrilling account of betrayal, mystical cults, cunning folk, witches, the battlefields of the civil war as well as a blood drenched besieged London.