So I’m now in the final drafts of the new thriller THE STOLEN (UK pub date Feb 2014), it had a difficult early development (although perhaps I’m getting a little more self-critical – not that I am already! Sometimes I think I’m the Woody Allen of thriller writers – eaten up by self-doubt!) but now I’m actually rather excited – I am literally in the last final drafts (reality check for wannabe writers I do about eight definitive drafts and months of research before putting finger to keyboard). With this one I’ve really had to get into the head of my protagonist Matthias von Holindt (Swiss, 38 yr old physicist – 1982) and if you think this sounds dry I promise it’s not! The emotional journey he goes on (as well as the thriller plot) is epic – a real question of having everything you thought was fixed about your background and personality swept away. (I’m trying not to be a spoiler!) But he does have a very difficult strong-headed 15 year old daughter (with a small drug problem) for her I basically channelled some of my darker adolescence, as I lost my own father at 16 (who was a mathematician – okay so you’re now getting the connections) this was a little confronting. The great news is that my publisher and agents are very excited! (and hey they’ve only read an earlier draft!) fingers crossed. The research has really taken me into both dark and fanastic places – the Rroms experience of the holocaust (very moving interviews  and some very nightmarish reading) the history of Swiss commerical (and clandestine) dealings with the Nazis, the myth of Kali the goddess (yes, I trace the Rrom  right back to their Northern Indian roots), the church of St Sara de Kali at Saint Marie de la Mer (for the Rrom festival) – absolutely wonderful and deeply moving, the superconductive lab at Cavendish university Cambridge. Next step is to get the manuscript read by the experts I consulted (Rrom, physicists, historians) but it’s looking good! 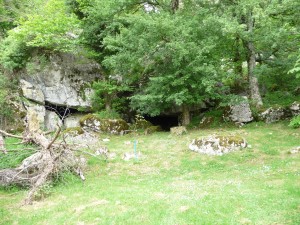