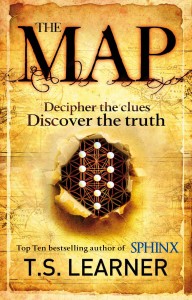 1613: Shimon Mendiluze, a Spanish Jewish alchemist fleeing the Inquisition, is found guilty of witchcraft and burned at the stake in London. But in his last few moments of life, a young pregnant woman holds up a pendant – his secret and his treasure remain safe.

1953: Classicist August Winthrop, an American who fought in the Spanish Civil war, is asked by his dying best friend (and fellow International bridgier) to return an ancient chronicle to a Basque family in Franco’s Spain, intrigued he begins investigating the book to find it is far more than just a travel diary and is linked to the mysterious murder of a Basque freedom fighter in 1945.

Soon he is drawn into a web of complicated politics, loyalties and betrayals in Franco’s Spain, and embarks on a quest for the alchemist’s hidden treasure. Following the clues in the Chronicle, which include archaic cabbalistic symbols and the hidden, magical meanings of certain plants, August is led on a journey through war-torn Europe and a series of ancient mazes. Pursued by rogue intelligence agents who want the treasure for themselves, and helped by a beautiful but troubled Basque woman, can August unlock the secrets of the Chronicle and the truth behind a much more recent atrocity before it’s too late?

The Map  on Goodreads