As a voracious reader, I am rarely without several books by my side or ebooks queuing up to be read.

By way of revealing what I myself enjoy reading and find inspiration in, I will be adding my own book reviews to my websites which I hope will be of interest to my readers and fans of the TS Learner novels.

Books to read on planes, trains and automobiles…

The festive season is nearly upon us and a time of long journeys to see our family and friends at Christmas and New Year. To that end here is a diverse and eclectic list of novels you can read on long journeys, but all are fabulous and solid reads!

The Amazing adventures of Kavalier and Clay by Michael Chabon
On Love by Stendhal
The People’s Act of Love by James Meek
Fatherland by Robert Harris
In the Line of Beauty by Alan Hollinghurst
Birdsong by Sebastian Faulks
Tinker, Tailor, Soldier, Spy by John Le Carre
The Handmaid’s Tale by Margaret Atwood
Wolf Hall by Hilary Mantel
Any Human Heart by William Boyd

The Racketeer by John Grisham 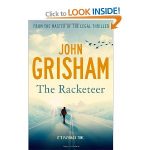 Grisham is a wonderfully seasoned plot constructor, and has cornered the market on anything around corrupted lawyers, lawyers that are corruptible and lawyers unjustly set up either by corrupted law firms or corrupt governments. The Racketeer is of the latter category, meet Malcolm Bannister an African-American lawyer in his early forties imprisoned in a Federal Prison Camp for naively being embroiled in a money laundering operation currently serving a ten year sentence.

Bannister’s frustration and outrage at finding himself yet another innocent victim of a trumped up rushed through charge by the Feds is extremely convincing, as is the detailed descriptions of his arrest and gruesomely humiliating transport to his final destination along with criminal rookies and professionals.

Grisham’s choice of background for his protagonist is interesting, son of a Vietnam vet and an ex-Marine boy himself this is a home boy made good, therefore his unfair arrest and alienation from both wife, son and community more tragic. When a federal judge is found murdered with his young mistress Bannister has a lead that he uses to lever himself out of his prison sentence and into the witness protection programme until he is use to testify. We are given to believe that he is on a moral crusade to revenge himself on the Feds and the corrupt legal system then the plot takes another twist. I won’t give it away, and I certainly engaged with Bannister’s psychology and flight – particularly as Grisham used this nifty trick of placing Bannister’s scenes in first person (thus letting us into his POV on the world) and then switch to third person when writing about the feds and the rest of the outside world. This worked brilliantly, I guess Grisham lost me slightly when I realised it was that old chestnut – greed and not moral revenge – Bannister was actually pursuing.

I was very disappointed to read the author’s note at the end where Grisham was happy to confess that he’d done little to no research at all and that all of it (including the vivid descriptions of prison transport, life in a white collar penitentiary and the pay checks of federal judges) was total fiction! Personally I like to think I’m actually learning a little while been entertained and I felt a little cheated on this front. On the other hand the feds would be relieved! 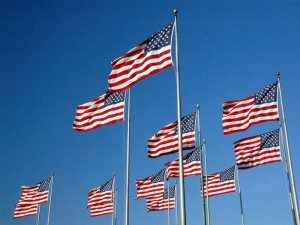 I am a big fan of both classic and contemporary American fiction. Someone asked me recently who my favourite American writers are, and who I should recommend to them…..so in no particular order here are US Authors who challenge my thinking.

Back to Blood by Tom Wolfe

Like Bonfire of the Vanities Tom Wolfe’s latest visceral tumescent offering ‘Back to Blood’ is a dissection of a city – in this case Miami as opposed to New York. We follow the misadventures of a young Cuban cop Nestor Camacho who avertedly finds himself caught up in an arrest that alienates him from his own community then in an major art forgery scam starring an impossibly handsome would–be Russian oligarch.

Other characters include Nestor’s alienated girlfriend – again an absolute cliché of a beautiful Latina nurse, her boss a particularly revolting psychiatrist who makes a dubious living ‘curing’ the mega-rich of porn-addiction allowing Wolfe to dive into a whole chapter dedicated to a orgy that takes places on various yachts during a Columbus Day Regatta (being the scion of the nouveau riche has never sounded like so much fun!) the very pale-skinned daughter of an aspiring Haitian university lecturer and an African-American chief of police holding his own in a sea of Cuban bureaucrats. The read itself is like being swept along by a wave of testosterone driven adrenalin mainly because of the pace of Wolfe’s prose and his (rather irritating) use of a stuttering onomatopoeia to illustrate both accents and internal emotion of the characters. Every single character is race-obsessed and race-conscious to the point that they appear to be psychologically crippled, even the first generation born Americans. Is this really America today?

Wolfe’s strength is dialogue, acid-laced social observation and a graphic ability to contrast the colliding worlds and different classes that exist within the same city. His weakness is characterisation, particularly his women who feel as if they are the simulacra of a middle-aged male mind, and the monotony of the sex-obsessed psyche that re-emerges (or perhaps I should say resurrects) itself in every male character (a universe other American male writers of a certain vintage – i.e. Norman Mailer, Philip Roth seem also to exist in).

Although ‘Back to Blood’ is an addictive and entertaining read you have to suspend disbelief – particularly in relation to the central plot involving the Russian oligarch selling a number of major artworks that are blatantly forged to a major art museum. Art historians and art experts are simply not that naïve – even in Miami.